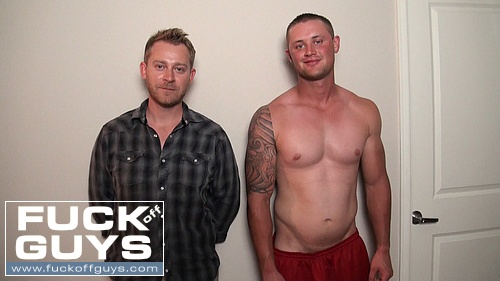 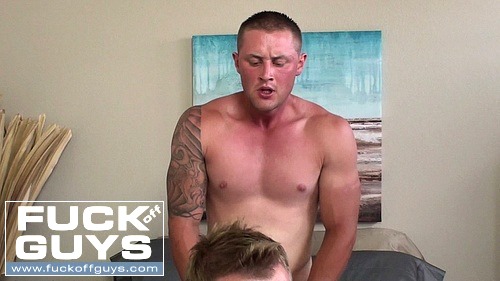 A few weeks ago Chad Hanson was featured on SUCKoffGUYS.com. He did an amazing job and he expressed that he would like to fuck a guy for the first time, for our new site, FUCKoffGUYS.com!

So here’s Chad Hanson ready and willing to fuck a dude up the ass.

Aaron gets on all fours, Chad steps up and inserts his fat hard cock. Chad wastes no time and immediately starts nailing Aaron’s ass really hard and really fast. Even though Chad was fucking like a jackhammer, Aaron takes it like a pro and asks for more!

Aaron flips over on his back and Chad climbs aboard and pumps Aaron’s ass deep and hard.

Chad then bends Aaron over the corner of the bed pumping him in yet another position while telling him how nice and tight his hole feels.

Chad and Aaron had a blast making this video. We’re already working on getting Chad back, fucking raw next time.